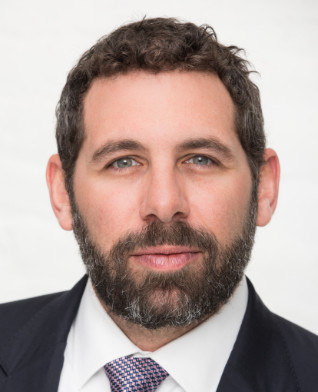 William Anderson is a partner at Handley Farah & Anderson. Mr. Anderson’s practice primarily focuses on advancing the rights of consumers who have been harmed by companies as well as representing victims of antitrust violations by large corporations.

Since entering private practice 14 years ago, Mr. Anderson has successfully advocated for consumers in state and federal courts across the country. In so doing, Mr. Anderson has litigated consumer and antitrust class actions against some of the largest corporations in the world and achieved excellent results for his clients.

Mr. Anderson has litigated a broad range of consumer class actions. He has sued companies for selling defective products, including those that physically harm consumers; for making false statements in their advertisements about their products; and for failing to honor their warranties when their products have malfunctioned. In these and other cases, Mr. Anderson has halted deceptive and dangerous business practices and recovered hundreds of millions of dollars for consumers that were harmed by them.

Mr. Anderson has also litigated nationwide antitrust class actions.  He is currently counsel in Moehrl v. National Association of Realtors, et al., which alleges that the National Association of Realtors and the four largest real estate brokerages conspired to inflate the commissions charged to sellers of homes.  He is also currently counsel in Jien et al v. Perdue Farms, Inc. et al, which alleges that the leading chicken processors conspired to depress the wages of chicken processing plant workers.

Mr. Anderson obtained his undergraduate degree, with honors, from The George Washington University in 2001, and he earned his law degree at America University, Washington College of Law in 2004. Immediately after graduating from law school, he worked as a law clerk to Judge Rhonda Reid Winston in the District of Columbia Superior Court, handling a felony 1 trial calendar of the most severe murder and sexual abuse cases.

Mr. Anderson was recognized as a Rising Star by Superlawyers from 2014-2018. He has also lectured and written on class action litigation strategy and tactics.

Mr. Anderson lives in Boulder, Colorado with his wife and two children. Beyond the practice of law, Mr. Anderson is an avid skier and mountain biker. He is also active in his community, coaching children’s sports and participating in the Boulder Rotary Club. He speaks Spanish, having lived in Spain and Chile.

• Honda Hybrid Batteries: Mr. Anderson recovered in excess of $50 million in a case against Honda for making materially false statements about its vehicles' fuel efficiency and hybrid batteries.

• WEN: Mr. Anderson recovered $26.25 million for thousands of victims of a haircare product, which was alleged to cause hair loss and scalp irritation.

• TimberTech: Mr. Anderson recovered millions on behalf of consumers that purchased defective decking, in a settlement that included free non-defective replacement materials as well as significant per square foot cash payments for labor.

• LivingSocial: Mr. Anderson recovered $4.5 million for purchasers of LivingSocial products that were subjected to unfair and illegal gift card restrictions.

• Real Estate Commissions: Mr. Anderson is counsel in a pending antitrust class action alleging that defendants conspired to inflate the commissions charged to sellers of homes.